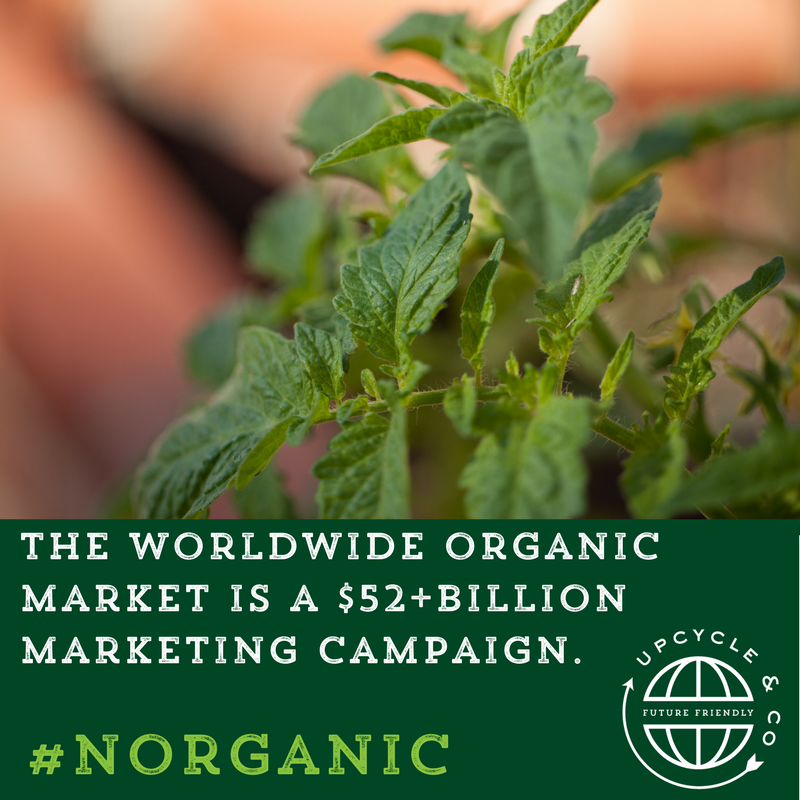 No two ways about it. The market for “Certified Organic” is enormous. The worldwide market has grown from $27 Billion in 2011 to more than $50 Billion today. Unfortunately, there is little to suggest that that term is little more than a well orchestrated organic marketing campaign.

Now, there’s nothing intrinsically nefarious about the process of organic farming. It is okay, but organic farming practices are presented as the gold standard of healthy of agriculture practices. Unfortunately, there’s not much to support that claim.

A blog post that appeared in Scientific American in 2011 went through and busted so many of the widely held, but errant beliefs the general public holds when it comes to organic food production.

In fact, when studies were conducted in the UK about the efficacy of organic food, the results were pretty underwhelming.

Strong organic proponents also argue that organic food tastes better. In the same poll where 95% of UK organic consumers said they buy organic to avoid pesticides, over two-thirds of respondents said organic produce and meats taste better than non-organic ones. But when researchers had people put their mouths to the test, they found that people couldn’t tell the difference between the two in blind taste tests.

When they pushed further, experts weighed in.

“Any consumers who buy organic food because they believe that it contains more healthful nutrients than conventional food are wasting their money.” – Joseph D. Rosen (Professor Emeritus in Food Toxicology at Rutgers University)

It isn’t that we detest organic farming or organic food production. All things considered, there’s nothing inherently wrong with organic farming. What we have a problem with is the organic marketing campaign that is feeding consumers falsehoods that make it seem as though organic food is some kind of panacea.

Marketing is marketing. This is little different than “Where’s the Beef?” or “I’d like to buy the world a coke.”

When we say “we’re better than organic, and that’s on purpose.” This is what we mean.

One thought on “Certified Organic is a Marketing Campaign”